When financial stress causes college students to leave school, it leads to the loss of a generation of untapped human potential. Completion and emergency grants like the one Regine Peters received enabled her to remain at Iowa State – and graduate.

Regine Peters was just 12 years old when she set her sights on a college degree.

She was inspired by her mother, Anicia, who had been accepted into the International Fulbright Science and Technology Program and moved her family from Windhock, Namibia, to Ames, Iowa, to pursue a doctorate in human computer interaction at Iowa State.

“I didn’t understand then the significance and sacrifice of my parents’ decision,” Regine says. “Growing up with a mother who decided at 37 to pursue her doctorate and insisted that she not move to a foreign land without her husband and children instilled the importance of education in my sister and me.”

That’s why, after Regine graduated from high school and returned with her family to Namibia, she immediately began applying to universities in the United States. She ultimately landed on Iowa State, following in her mother’s footsteps.

“When it was time for me to start my studies, my mother didn’t let me choose comfort,” Regine says. “She encouraged me to dream beyond what she was able to achieve and assured me that I could fly.”

A dream just out of reach

Attaining her Iowa State degree almost didn’t happen for her, though.

Regine explains that international students applying to U.S. universities must prove income enabling them to pay for their tuition on their visa application.

“Initially, my parents were able to afford my tuition, but as semesters passed, tuition increased and circumstances changed,” Regine says. “It became increasingly difficult to keep up with the tuition payments in order to register in time for the next semester.” 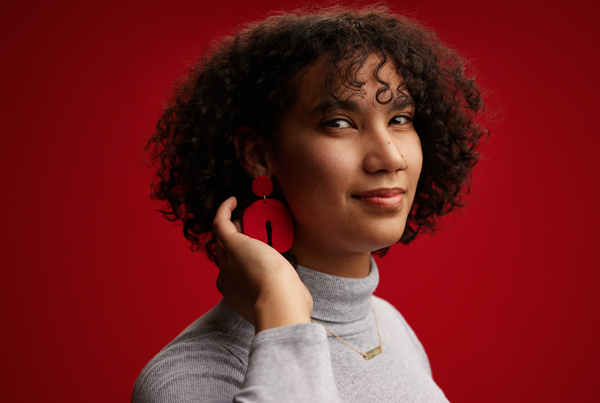 “There are so many students on this campus from so many walks of life, and one of the things we have in common is that we need help. Completion and emergency grants can change worlds.”

Regine is just one of many Iowa State students for whom a few hundred dollars means staying in or leaving school. Another is Ian Searles. When unexpected expenses left him unable to pay tuition, he cut his budget, but it wasn’t enough. He subsisted on one protein bar a day during a two-week period he describes as “a low point.”

When financial stress leads college students to leave school, it contributes to a growing societal risk: the loss of a generation of untapped human potential at a time when we can least afford it. That’s why ensuring access to an Iowa State education for all deserving students remains mission critical for the university. Completion and emergency grants like the one Regine and Ian received enabled them to remain at Iowa State – and graduate. 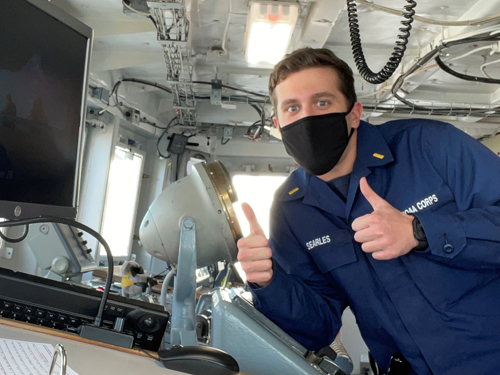 Now a proud 2020 alumnus, Ian is a National Oceanic and Atmospheric Administration Corps Commissioned Officer. And Regine, also a 2020 graduate, is a program specialist in the Iowa State Graduate College’s McNair Program, which prepares undergraduates from underrepresented backgrounds for graduate school.

“There are so many students on this campus from so many walks of life, and one of the things we have in common is that we need help,” she says. “Completion and emergency grants can change worlds.”

You can move lives forward. When you support students, you prepare them to lead, create and innovate for our future. Together, we can transform the landscape of what’s possible.

WE WANT TO HEAR FROM YOU

Tell us how you want to get involved.